Is the EB-5 Investor Visa Right for me?

The EB5 visa is one of the fastest and most effective routes to a Green Card. Davies & Associates is one of the longest-established EB-5 law firms in the industry and our team regularly contribute to the global media on the subject. We have helped hundreds of families, business owners and entrepreneurs relocate to America and have never had a case rejected on Source of Funds, which is one of the most challenging aspects of an EB-5 application. Our success comes from blending our highly qualified lawyers with an understanding of the culture, law, business practices and banking regulations in each jurisdiction we operate.

There are 700 EB-5 visas available for each country each year. If a country exceeds this quota then they are subject to a waiting list. Eligibility for EB-5 depends upon the place of a person’s birth. The majority of countries are not near using up their quotas. Yet the EB-5 has proved so popular in India, China and Vietnam that people born in these countries currently face a waiting list. Citizens of countries facing delays should contact our team to discuss options for living in the United States while on the waiting list.


USCIS administers the Immigrant Investor Program, also known as “EB-5,” created by Congress in 1990 to stimulate the U.S. economy through job creation and capital investment by foreign investors. Under a pilot immigration program first enacted in 1992 and regularly reauthorized since, certain EB-5 visas also are set aside for investors in Regional Centers designated by USCIS based on proposals for promoting economic growth. 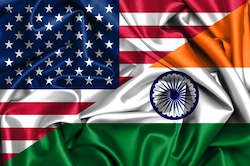 Commercial enterprise means any for-profit activity formed for the ongoing conduct of lawful business including, but not limited to: 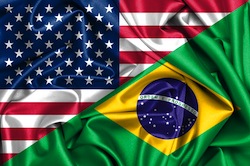 This definition includes a commercial enterprise consisting of a holding company and its wholly owned subsidiaries, provided that each such subsidiary is engaged in a for-profit activity formed for the ongoing conduct of a lawful business.
Note: This definition does not include noncommercial activity such as owning and operating a personal residence.

Note: Investors may only be credited with preserving jobs in a troubled business.

A job-sharing arrangement whereby two or more qualifying employees share a full-time position will count as full-time employment provided the hourly requirement per week is met. This definition does not include combinations of part-time positions or full-time equivalents even if, when combined, the positions meet the hourly requirement per week. The position must be permanent, full-time and constant. The two qualified employees sharing the job must be permanent and share the associated benefits normally related to any permanent, full-time position, including payment of both workman’s compensation and unemployment premiums for the position by the employer.

Capital means cash, equipment, inventory, other tangible property, cash equivalents and indebtedness secured by assets owned by the alien entrepreneur, provided that the alien entrepreneur is personally and primarily liable and that the assets of the new commercial enterprise upon which the petition is based are not used to secure any of the indebtedness. All capital shall be valued at fair-market value in United States dollars. Assets acquired, directly or indirectly, by unlawful means (such as criminal activities) shall not be considered capital for the purposes of section 203(b)(5) of the Act.

A targeted employment area is an area that, at the time of investment, is a rural area or an area experiencing unemployment of at least 150 percent of the national average rate.

EB-5 applications are submitted to the United States Citizenship and Immigration Services (USCIS) for adjudication. Owing to a backlog at USCIS, processing times can take more than a year. However, if you feel that your EB-5 application (Form I-526) has been unreasonably delayed, it is possible to file a lawsuit in a federal court to determine whether it has been unreasonably delayed.
This lawsuit, known as a writ of mandamus, will have no bearing on whether or not your I-526 application is successfully approved. It does, however, force USCIS into adjudicating your case quickly if it is judged to have been unreasonably delayed. Sometimes simply initiating proceedings can galvanize action as USCIS has been known to adjudicate a plaintiff’s application in order to avoid progressing with the lawsuit.
Since filing a writ of mandamus is a legal course of action which may require litigation, it is always advisable to seek advice from an attorney. Contact D&A for a free consultation to determine whether it would be advantageous for your I-526 petition. Our team has filed dozens of successful writs of mandamus actions against USCIS for unreasonably delaying immigrant petitions. We can assist regardless of whether your I-526 application was prepared by Davies & Associates. The average time between filing a writ of mandamus and receiving an adjudication is around two months, in some cases it can be significantly less.
It is anticipated that USCIS might suddenly start processing applications at a faster pace. It is advisable to file a writ of mandamus as soon as possible to have your case reviewed ahead of a possible surge.