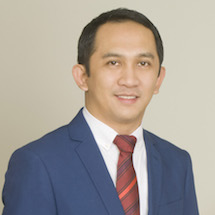 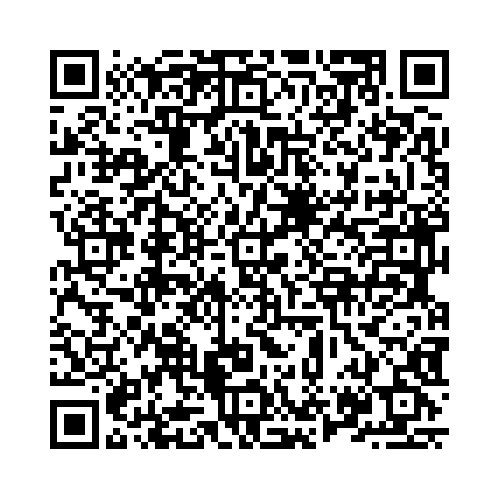 Back to OUR PROFESSIONALS

Verdie J. Atienza is a Senior Attorney in charge of the firm's L-1 and E-2 visa practice. He is a dual qualified lawyer in New York and in the Philippines and is qualified to practice immigration law in any state in the United States.

Prior to moving to the US, he was a public defender in the Philippines and staunchly protected the constitutional rights of indigents. He effected the speedy release of long-term detainees by filing releases on recognizance motions and directed verdicts. Verdie obtained his Bachelor of Arts degree (Major in Political Science) from Ateneo de Manila University and his law degree from the University of the City of Manila (Pamantasan ng Lungsod ng Maynila). Verdie is fluent in English and Filipino (Tagalog) and has limited proficiency in Spanish.

As Head of the L-1 and E-2 Visa Practice, Verdie evaluates the credentials of prospective applicants and beneficiaries to determine whether the L-1 or the E-2 visa is the best option available. He closely works with company executives, managers and entrepreneurs to determine the best strategy to attain the goals. In his years of practice, he has dealt with numerous U.S. Embasssies and Consulates around the world and has gained significant knowledge of the guidelines and procedures that are unique for each embassy/consulate.

Verdie has strong interest on various immigration issues as an immigrant himself. He first gained experience when he personally handled his own adjustment of status application. Upon his admission to New York State Bar in 2014, he started giving pro-bono legal advice on immigration to members of the Filipino community in the US and handled immigration cases of family members.

As head of the L-1 and E-2 Visa Practice, Verdie has worked with company executives, senior managers and start up entrepreneurs from various parts of the world. He has obtained visa approvals for nationals of the United Kingdom, Australia, Sweden, Turkey, Mongolia, India, Singapore, Trinidad and Tobago, Jordan, and Egypt.

Aside from handling business related cases, he also has substantial experience in family immigration casework. We were in a hurry and Verdie and the team were highly responsive and supportive, even when we threw in some curve balls along the way. We had our visas approved without any issues and felt confident and well prepared for document submissions and the interview. I'd certainly recommend this team for an E2 visa process.

Paolo Domingo
a month ago

5 stars and a high five! Thank you Verdie and Etta for assisting us with our change of status application. They were very professional and accommodating with all our questions and concerns throughout the process. Despite the time constraint, we pulled it off and we could not have done this without you guys! Keep up the good work!

I received an world-class help in how to immigrate to the USA succesfully! Alex was very open to answer my questions and is definitely a professional in what he does! Strongly recommend this firm.

Amandeep Singh
a month ago

I had talked with Alex Jovy, he was very quick to respond, had a lot of useful information which I was not aware of. Took time out of his day to discuss my situation and was very helpful. They go into a lot of detail which other companies do not. Overall a great service!

It was great to have a first meeting with Alex Jovy on Team and were glad to have fruitful discussion. Alex in-depth knowledge and I will highly recommend Alex for these services.

See All Reviews
Our services
Client Reviews
★★★★★
Mark is one of the best things happened to me in immigration. I was very skeptical as my last attempt to obtain an L1A was a negative one through another lawyer. Mark came in and… [made] sure that the case [was refiled] successfully. Rest assured, I can vouch for his services and will recommend him highly. Indian L1 Applicant previously denied using another law firm
★★★★★
I have been dealing with this firm for the last several years. They got my E2 visa approved followed by my E2 visa renewal as well. They are the best immigration lawyers I have ever met….. No one can give you better service than this firm. Australian E-2 visa applicant
★★★★★
Several lawyers told me I would not be able to get a TN visa. Two weeks after contacting Davies & Associates I was working in New York, visa in hand. I have recommended this firm to several friends and colleagues, they do an excellent job every time." Individual Seeking 'Impossible' TN Visa
★★★★★
Davies & Associates provided me with truly outstanding customer service 7 days a week. Technically brilliant, Davies & Associates not only successfully obtained E-2 visa status for myself and my Indian wife but also seamlessly coordinated my entire legal team, ensuring the timely completion of my acquisition." E2 Visa Applicant and Business Owner
★★★★★
I was qualified as a physician in a foreign country. Being on a J-1 visa I was facing having to leave the United States and return to my home country. Davies & Associates secured one of only 30 J-1 visa waivers available in my State, allowing me to work for a US hospital and remain in the United States." Doctor Seeking J-1 Visa Waiver
★★★★★
My exisiting immigration lawyer, who has a global reputation in immigration law, told me that "it couldn't be done". Someone suggested I speak to Davies & Associates and they obtained the immigration benefits I wanted. I will always use this firm in the future, they are miracle workers." Small Professional Business With International Offices
★★★★★
I am very satisfied with the services Mark Davies has provided me. He has a very extensive knowledge in immigration laws and has a thorough approach to any case." U Visa Applicant, A Victim of Crime
★★★★★
There is no question that Davies & Associates is clearly the leading E-2 visa law firm in the United States." E2 Visa Applicant and Business Owner
★★★★★
Extremely knowledgable, available, and reliable Mark was a god-send when dealing with USCIS. He is very experienced so he knows the ins and outs of the process, can predict response times and is very available to answer questions in a timely and friendly manner. Highly recommended to anyone trying to navigate a complicated immigration process at any stage." Syrian Marriage Based Immigrant Visa Applicant with Two Year J-1 Waiver
★★★★★
I highly recommend Davies & Associates LLC Mark Davies is a joy to work with. His extensive knowledge, speedy response and attentive service took away all my fears of dealing with immigration and visa applications. He is very generous with his time in explaining every step along the way and I have already and will in the future recommend him to anybody who is looking for an immigration lawyer." Small Business Owner and E-2 Visa Applicant
View More
Submit a Law Firm Client Review