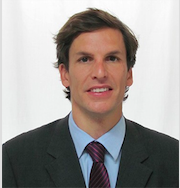 Martín has experience both in Chile and in China, mainly on the drafting and execution of all kinds of contracts, intellectual property, litigation matters, procedures for mining concessions/water rights, the development of hydroelectric projects and real estate. During 2011-2012, he was the Chilean Agent at the expo-secretariat of China International Import Expo.

Martín has also published legal articles for international magazines and he is invited to speak on a regular basis. His speaking engagements include presentations for various Chilean Universities.

Martín currently works as an Attorney for GS&Co. Attorneys and Counselors a firm made up of Chilean and Chinese legal experts that offers both local and international legal services to Chinese companies in Chile and Chilean companies in China.

Martín worked as an Attorney for Holding Comaco Forestal, a leading Chilean company on wood chip production that trades mostly with the Asian market. Martín successfully took part in the drafting of contracts involving wood trading, hydroelectric projects and real estate. During 2011-2012, he was the Chilean Agent at the China International Import Expo organized by Expo-Secretariat of China Chamber of International Commerce.