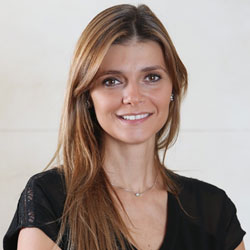 Barbara is the Partner responsible for Immigration and Private Clients at PaxLegal. She is recognized and has an extensive experience in immigration law, namely Golden Visa status and citizenship procedures, before the Portuguese immigration authorities, as well as coordinating the applications for Entrepreneurs and High Value-Added Professionals.

Alongside, Barbara has extensive experience in family law, succession law, including litigation.

After completing her Law Degree, Barbara concluded a traineeship at the European Parliament.

Barbara is a regular contributor to several magazines and newspapers, writing in particular on immigration law, intellectual property, family, and succession law.

She is also regularly invited to participate as a commentator in national broadcasting TV and Radio.

Barbara has completed part of her studies in Switzerland, being fluent in French.