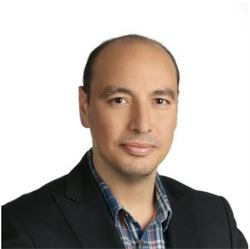 Ozgur Kurucuk is, born in İzmir in 1978, is a partner of Barlas Law Firm in Istanbul.

He studied in Tashkent State University, Uzbekistan between 1996 and 1998 years and graduated from the Law School at Istanbul University in 2004. Özgür KURUCUK studied in a Master Programme ( LL.M.) “Master in Law and Information Technology” at the department of Law, Stockholm University in 2010.

Since 2006 he has been practicing in various areas of law. Most recently he was legal counsel for a leading Turkish bank (Yapı ve Kredi Bankası) which is a member of an Italian-Austrian banking group before joining Barlas Law Firm in Istanbul.

He specializes in Energy Law and Project Finance, Banking Law and Contracts, Civil Law and Citizenship Law. Özgür Kurucuk is fluent in Turkish, English and Russian.